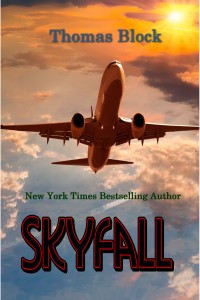 …”Thanks for the good job.” As he spoke, Nicholetti raised the pistol slightly. He gently pressed the trigger once, the hollow popping sound of the weapon’s silencer filling the interior of the white Ford.

Alex Caldwell took the single bullet directly between his eyes. He, too, was dead before his body had toppled forward into the dashboard.

With that, Nicholetti took off the weapon’s silencer and jammed it back into his topcoat pocket, then wiped the pistol clean with his handkerchief. He laid the pistol on the dashboard in front of the driver’s seat.

Nicholetti then took another pistol from his other topcoat pocket. He wiped it clean, then carefully placed it in the hands of the dead computer engineer. This crap is wearing me out, Nicholetti said to himself, nearly aloud, as he grunted from exertion. Finally, he stepped back from the staged scene that he had just created.

The two men in the front seat of the white Ford were generally facing each other, their bullet wounds in the proper places for each to have inflicted the fatal gunshot wound on the other. Both weapons were in the proper hands, and the bullets and fingerprints would match up nicely for the police investigation. Cops ain’t so smart….

…”Be quiet,” Ron whispered tersely. He blocked the entranceway to the lavatory with his body, so that no one in the first-class cabin would be able to see Kathy’s reaction to the bomb. “Keep your voice down — you don’t want a damned panic in the cabin, do you?”

“Of course not.” Kathy quickly regained her composure. She turned from Ron and quickly read the note pasted against the lavatory mirror before turning back to him. “Do you think this is real?”

“It looks like a bomb to me, but I’ve never seen a bomb up close before.”

Kathy glanced back at the collection of wires and explosives wrapped in thin strands of black tape and placed carefully into the washbasin….

…”How long have you been retired?” Blanchard interrupted. The tone of his voice and the way in which he held the wallet left no doubt that he was now testing Ron on the contents of his airline medical card.

“Not long enough, if you don’t do something about what’s in that lavatory sink.” Ron could hardly believe how the conversation had turned; incredibly, this captain seemed to consider that having the proper paper credentials was more valid than a personal verification by one of his crew members.

“Okay, never mind.” Blanchard flipped the wallet back to Ron as if he had been playing some kind of parlor game that he had suddenly gotten tired of. “I don’t have to tell you that the rules say you’re not supposed to be up here, retired pilot or not.”

“Well, since there might be a problem here, I’m waiving that,” Blanchard announced, then added, “You say that there’s something that resembles a bomb back there?”

Blanchard gave a half-nod, then waved his hand for Ron to continue.

“It’s in the first-class lavatory,” Ron said. As he spoke, he watched Blanchard closely. For a pilot to be apprehensive was one thing — Ron had felt that way many times in his career — but carrying on with bellicose irrationality was quite another.

“Are you absolutely certain that it’s a bomb — could it be some kind of hoax?”

…It was time. Kao Wei laid the portable detonation computer on his lap and carefully pushed the appropriate buttons. Within a few seconds the readout on the tiny display screen disappeared, to be replaced a few moments later by another message:

As soon as the new message was displayed, Kao put the computer down on the empty middle seat, unhooked his seatbelt and stood up. There were only a few scattered lights on in the airliner’s rear cabin; most of the passengers had quickly settled down to sleep after the movie. A few continued to read, three or four chatted, but otherwise it appeared that the timing was perfect for stage two of Peng’s plan….

…”Ron, we’re on fire!” Barbara struggled back to her feet from where she’d been thrown to the cockpit floor directly behind the captain’s seat by the force of the explosion. She held onto the seat back with both hands and looked aft toward the carnage in the dimly lit cabin. As she peered back there, things started to look differently to her than what she had first thought.

“No, wait …” Barbara glanced quickly at her husband, who was struggling with the control wheel. The airliner’s nose, she could now see, was level and being held in generally the direction that it had been — several degrees to the left of the full moon that lit up the blackness of the night sky. We’re still under control, still flying straight and level.