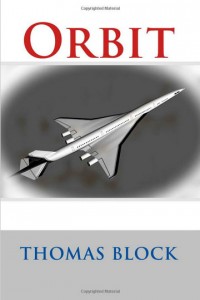 After the supersonic Concorde airliner had been relegated to nothing but a historic artifact by the Fall of 2003, and with the fleet of NASA Space Shuttles executing their final missions before their phased-out retirement, there was suddenly a great deal of concern about a developing void on the commercial aviation and technological horizons.  Mankind was, the high-tech experts all agreed, about to take a giant step backward.  Something new and innovative was needed to reverse that trend.

Political considerations required that any large financial investment be something with a viable commercial market to it – creating a high-budget item for a strictly military project was not possible in the existing political climate.  What the country needed, the President of the United States and both houses of the United States Congress agreed, was for something new in commercial air transportation to come off the drawing boards.  This new challenge was needed to increase domestic employment, to pump up the overall economy, and also to reestablish the United States as, once again, the leader in worldwide air transportation and cutting-edge technological innovations.

One company, in particular, had sensed the opportunity early-on.  United Aerospace, the giant aerospace manufacturer, proposed their newly designed hypersonic airliner to Congress.  It would, United Aerospace said, take full advantage of the enormous technological breakthroughs that had been gleaned from operating the supersonic Concorde and the fleet of Space Shuttles for so many years.  Their proposed airliner would, overnight, leap far beyond anything that had come before it.

The emergence of that proposal was well timed.  Politicians from the left, from the right and from the center immediately climbed onboard the bandwagon.  In short order, and with a great amount of US government financial backing, United Aerospace designed, built, thoroughly tested and then delivered the new Star Streak airliner to the first of the airlines that had ordered them.  United Aerospace had accomplished this in record time, and the finished product had met or exceeded all of its design criteria.

This 4,000 mile per hour airliner could transport 100 passengers halfway around the world in just a few hours.  It was, its many proponents pointed out, the next obvious step in commercial transportation.  But even beyond its immediate commercial viability, the potential military applications for its future off-spring was also something that the government had a firm eye on.  In short, everybody was thoroughly pleased with the result.

With its introduction on commercial long-haul routes by Consolidated Airlines, the Star Streak hypersonic airliner had quickly become the only way to travel when there was a need to go great distances as quickly as possible.  This new airliner had, as predicted, immediately become the unquestioned leader in the relentless march toward the future.  After just a few months of regular scheduled operations, it was obvious that the Star Streak had turned out to be profitable, efficient and completely safe.  It was everything that anyone could have hoped for….

Even as they talked, Briscoe could see that their precious reserve was being depleted by the gross maneuvers Collins subjected the Star Streak to. Keeping the airliner pointed so far nose-up against the enormous aerodynamic pressures had taken all the output the control thrusters could provide. If they ran out of peroxide before the rocket engines cut off, they would go into an uncontrollable nose dive. At this speed, they’d churn a hole in the ground a thousand feet deep….

…Out of the corner of his eye, he saw something that he wanted. Something that he needed. Collins snatched it out of midair as it floated past him on the inside edge of the hovering debris. He looked at it. A miniature bottle of Seagram’s whiskey; its colorful label filling his field of vision. Collins had never, in his 25 years of flying, taken a drink during a flight. But this was not a flight. This was a cruel nightmare.

Collins unscrewed the cap, put the bottle to his lips and drained it quickly. He could feel the warmth as it traveled down the middle of his body and dumped into his empty, knotted stomach. He flung the empty Seagram’s bottle toward the back of the galley, into the mass of debris. Then he closed his eyes, pressed his hands against his head, and allowed himself to drift along slowly, his back and shoulders rubbing against the galley wall. Donald Collins doubted if he could take one more minute of this madness….