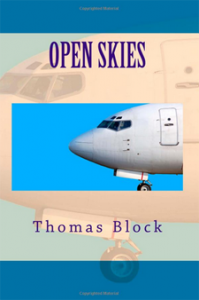 …Bridges was stirring slightly and groaning, which meant that he’d be getting to his feet in a few minutes.

Zarrillo jumped into the motorized tug just as it began to speed away towards the deeper shadows. “Christ, slow this damned thing down.”

“Shut up.” The man at the wheel jerked the tug to a stop as he heard the first of several new sounds from behind him.

“What’s that?” Zarrillo turned. To his horror, he finally began to realize what was about to happen, what he had become an accomplice to. “God … no …”

“Be quiet. Enjoy the sight of your problems being solved.”

The two men sat in the dark shadows of the ramp as, in the distance, the cleaning truck’s engine revved up again and the powerful hydraulic struts began to lower the twin steel scissors from their raised position. The truck bed was slowly descending and, in a matter of moments, it began to crush the body that was laying in its way.  Bridges, who was slowly regaining consciousness at that very moment, let out one short but curdling scream as the steel bars finished traveling down.

“I’ll skip the part about my concern for my fellow man, which we both know is pure bullshit, and my moral indignation at what I assume is a violent crime since I would have strangled that little bastard myself if I could have gotten away with it. Instead, I’ll jump directly to the hell I’ll catch if it later comes out that Bridges’ actions and murder were somehow linked to the airline.”

“What kind of hell will you catch?” I asked, doing my impersonation of some high-paid courtroom attorney baiting a witness.

“Corporate hell.” Woodruff leaned forward on his desk and his voice dropped a few decibels. Clearly, I was about to hear something that Elmer didn’t often share with most other mortals. I put on my priest-in-the-confessional face and listened intently. “Corporate hell is the worst kind of hell there is. No visible flame, but lots of heat. If it comes out that Bridges – and maybe others here – are involved in some sort of criminal bullcrap, the adverse publicity and general bad press will rattle cages right to the top. It’ll wind up laying right on my shoulders. Remember, I’m responsible for the whole goddamned Miami base here, and any bad vibes are going to have my name firmly attached.”

“You mean that the corporate hierarchy expects you to know about all the actions of every one of your employees?”

“No, although I’m sure they’d like me to. What I’m worried about is the possibility of this being the beginning of a whole network of problems. If it comes out that half the mechanics are smuggling diamonds or half the pilots are running dope, upstairs is going to say that I was obviously asleep in my corner office rather than minding the store.” Woodruff waved his arms expansively around the room.

“I see your point.” The grand pukka sahib was right; he did have a nice office – well worth trying to keep….

…It was just about at that moment that I saw the man or, more specifically, saw the glimmer from the court lights as they bounced off the pistol in his hand. “Down!” I pushed Max behind the water cooler just as the first shot exploded in the dead-quiet night air; the bullet passed inches away from me, ricocheting off the metal pipe that held up the canvas awning between the courts.

“Shit! Who’s he after?” Max said as he got up from where I had pushed him. We both huddled behind the water cooler.

“You sell any bad cars lately?” I said.  I was already fully pumped up – scared shitless, actually – but my automatic response of verbal sparring had already kicked in to calm me down. It was a trait that Floyd had taught me, mostly by example.  “I knew I shouldn’t hang out with a used car salesmen.”  While I spoke, I scanned around the edge of the empty spectator area where the man with the gun had been. Naturally, he was already gone – but where to? Which side of the darkness surrounding the edges of the lighted court had he disappeared in? They were questions worth betting your life on.

“Can’t be my bad cars,” Max answered.  He was, undoubtedly, as frightened as I was, but his own macho inclinations had also steered him into our usual verbal defense pattern – we wise-cracked our way through bad situations in the same way that someone else might find themselves whistling in the dark to keep the bogeymen at bay.  “The only bad car I got on the lot is your Ford. It ain’t been moved yet.” Max paused, scanning the darkness surrounding the courts. “What do we do? You’re the professional, talk to me.”…

…Their car was a hundred feet away, and coming like hell. I had no place to run to, and no time to run. The noise from their car’s engine increased as the car’s headlights grew in size. I knew they could see me now. They were headed directly towards me. They were going to run me down.

My heart was pounding, my face was covered with sweat. I was an idiot, I’d outsmarted myself. I was in the middle of an empty ramp and, seventy feet away, two killers in a speeding car were intent on running me over.

I was holding my gun in my right hand. I raised it and aimed it at the car. For a moment I hoped that the sight of me aiming the gun at them would persuade them to head elsewhere. It took half a second of zero lateral motion from the headlights for me to realize that these guys didn’t care what I was aiming at them. They intended to keep coming….

…With me yanking on him, he started to yank on the airplane. The Boeing suddenly reared up, its nose pitching fifteen, twenty degrees higher than normal. We would have been in deep trouble without that extra airspeed built up during the initial acceleration after liftoff. “Get the nose down!” I shouted.

“Let go of me!” He was pushing forward on the control wheel, but I was still pulling back on his arm to keep myself upright. The conflicting forces were a sort of wash and the airliner kept its nose pointed up far too much. “Let go!”

With this pitch attitude the airliner had become a jet-powered carnival ride – one with a rather finite life span.  Oblivious to this fact, the Sumo wrestler in the copilot’s seat was working with perseverance and diligence on only one thing: getting me off my feet and the gun out of my hand. That was his total mind-set.

“I’ll kill you,” the guy shouted. He had grabbed me with his left hand and was hitting me with his right. None of the blows were lethal in themselves, but, I’ll confess, I was beginning to notice that the cumulative total was approaching my threshold of endurance. I knew that I’d have to do something soon, because if the guy landed one good shot against my head, I’d be down….