Captain in Audio – the ‘NEW’ edition! 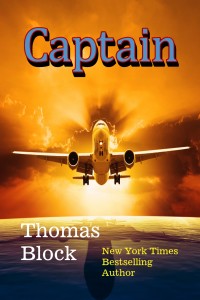 Now completely re-narrated and remastered with in our updated State of the Art audio studio, “Captain” has been brought up to the standards that Thomas Block Audio is now producing for others!

Since Captain was the very first book we put into audio, it turned out that the initial equipment I had purchased and the recording environment that I had created was far, far, far too little to do a good job.  My early-innings productions were weak and were not anywhere near the standards of narration and audio production that we are now using, so we took the time to go back and totally re-narrate and remaster this novel.

If you had acquired the audio book of Captain in its earlier edition and would like to try the updated version, simply delete that novel from your listening device and then reload it down again from the Audible Cloud Library, and you’ll be getting the latest version – which include the musical highlights that we now using in most of our audio book productions.

If you haven’t ever gotten a copy of the audio book of Captain as yet, give it a try.

We promise that you’ll enjoy  the experience!  Welcome Aboard!