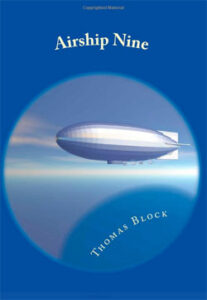 There are countless alternate realities existing in the infinite and ever-expanding Universe.  Those parallel states – those simultaneous states of being – are the depository of what one dimension might have been at a confluence of various critical cosmic factors.  These simultaneous states of being are not ideas, nor dreams nor nightmares, but, rather, they are an objective existence that has grew from a particular juncture in a discernible warp of time and space.  Various competing factors from the enveloping basics of the universe have periodically caused a spinoff in two or more directions in the time/space continuum.

In those additional states of being, these alternate realms do actually exist – in fact, from the moment of their initial creation and spinoff, they have always been.  They are as real as the stars, as substantial as the galaxies, as genuine as sensations of ceaseless time and endless space.  It is the existence of these alternate but absolute realities that tell us not only what could have been at those outer fringe of our own dimension, but also show us precisely what actually is.  This is the story of one such reality.

…..Captain Kollontai climbed the stairs that led to the ship’s bridge and walked inside, using the starboard hatchway.

“It is already past one hour,” Dr. Boris Ney announced in a low but firm voice as he rocked back and forth on his heels, his hands outstretched in front of him and laid against the ledge that surrounded the steering controls.

“I can assure you that I know how to tell time.” Kollontai glanced over perfunctorily to the man he spoke to, as if an apparent lack of interest from him might somehow make him disappear. Kollontai was already sorry that he had come back to the bridge, although he obviously had no choice. “I have indeed learned something over the years, in spite of what you may have heard from Moscow.”

Ney waited several moments to respond, until the silence between them had reached an unbearable level. “That’s not what I had heard in Moscow,” Ney answered carefully, aware that his reply could be a turning point to the two others. He glanced first toward the army Major on his right, then at the lady physician who continued to lean against the navigation table to his far left. Both of them were obviously waiting to hear what his response to the Captain would be.  Ney continued, “I had heard that you were a careful and thoughtful man who had earned the respect of his crews. A true commander of your vessel, in every sense of the word.”

Captain Kollontai turned slowly. “Is that so?” he asked without enthusiasm. Kollontai allowed his eyes to lock with Ney’s. He could tell nothing from looking at the scientist, since the man’s eyes remained, as always, totally expressionless. “It’s difficult to believe that they think fondly of a man who had chosen the wrong career path,” Kollontai said, more to keep the conversation going than to get an answer. Whenever they stopped arguing with each other, the nightmare that he had yet to deal with would again surface and become more than he knew how to handle.

“Captain, you do yourself an injustice.”

“I doubt it.” Kollontai continued to watch Ney closely, but the man’s well-sculptured beard more than covered any hint of an honest emotion that might have been conveyed by the lines of his face. To the uninformed, Dr. Ney would have seemed like a man without any degree of passion, a disinterested observer  —  but Captain Kollontai knew better.

“The ship has remained dead in the water for slightly more than the one hour you had commanded us to. It was unquestionably prudent to have us sit quietly while we waited to see which way these horrid messages would go,” Ney said as he waved his hand toward the misty, becalmed waters of the Antarctic sea that the Soviet merchant ship sat in. “But it’s now time for something else.”

“I agree with Dr. Ney.” Major Ilya Zinoviev stepped forward cautiously. It was the first time he had dared to open his mouth and speak with the others on the ship’s bridge after his open and hostile confrontation with Captain Kollontai less than one hour before. But now he felt he could wait no longer. “It is time for a decision.  More than time.”

“And which way are you leaning, Major  —  or is it stupid of me to even ask?” Captain Kollontai had again found himself raising his voice without wanting to  —  it was, he knew, an automatic response whenever he was forced to deal with the sort of military imbecile that Major Zinoviev so aptly represented. It was men like Zinoviev who had caused Kollontai to leave the Soviet Navy years before and join the Merchant Marine instead.

“I’ve changed my mind about wanting to launch an immediate attack against the American base.” Zinoviev had begun to shuffle his feet. The sound of his heavy boots against the tiled floor were a welcome relief to the nerve-shattering silence on the bridge.

Kollontai glared toward the Major.  “That is very good to hear,” he finally said in response.  After a short pause, he then added, “Yours was an idiotic outburst, especially with so many of the crew and support staff around.”

“Possibly.” Major Zinoviev dabbed at the growing line of perspiration that encircled his clean-shaven head, then glanced toward Dr. Ney before he looked back at Kollontai.

“The people at home have paid the ultimate price for our ultimate stupidity,” Kollontai said. “Most of the populations asleep in their beds at one moment, then turned into dust and vapor the next. Think of our families . . .” Kollontai turned from Zinoviev and faced toward the sea. Yekatrina and Lidiya were now certain to be dead, since his house was so close to the naval base at Severomorsk.  I should have known better, I should have expected this, I should have moved them to the country years ago….

….”Okay, here we go.” Whitaker pushed further on the control column and edged Airship Nine up to the shoreline. Their altitude had dropped to less than one hundred feet, which made the faces of the three people on the beach recognizable. Definitely two women and one black man. They still appeared friendly enough, although Whitaker kept his right hand on the ship’s throttles in case he needed to accelerate quickly and get away. With his left hand he slid open the plastic window on the Captain’s side. “Where are you from?” Whitaker shouted, his voice carrying well above the low and methodical ticking from the idling engines.

“Are you in trouble? Do you need help?” the man on the beach shouted back.

“Are you Americans?” Whitaker asked, although that question had become a strict formality since he could already tell that they were Americans from the way the man spoke and from the appearance of the other two. He was a black man, and the others were two very American-looking women.

Whitaker paused for a moment before he asked the next question. It somehow seemed immoral to be shouting out a question so hideous. Still, he had no choice. Whitaker cleared his throat and leaned further out the window. “Have you heard the news yet?”

“The news about what’s happened.”

Damn. “Come aboard, we’ll lower a rope ladder.” Whitaker motioned into the cabin toward Galloway, who instantly departed for the hatchway on the lower cargo deck. The Captain then turned back to the group below. “Put only one person on the rope ladder at a time. That will give us a chance to adjust our weight and balance as you climb,” he shouted to them.

“What is the news? What has happened?” the black man persisted. He turned to the two women for a moment, then back toward the giant airship that hovered above him. “Tell us what’s happened.”

“Come aboard.” Whitaker pulled his head back inside the window and shut it tightly. He sympathized with the man below, but Whitaker knew that a few more minutes wouldn’t make any difference. It had been his duty to tell the passengers and crew of Airship Nine, and it would also be his duty to tell the people from Palmer Station. But even though they were total strangers, he’d be damned if he was going to shout out an open window that most everything  —  and everyone  —  those three people on the beach had known from back home were now things of the past….